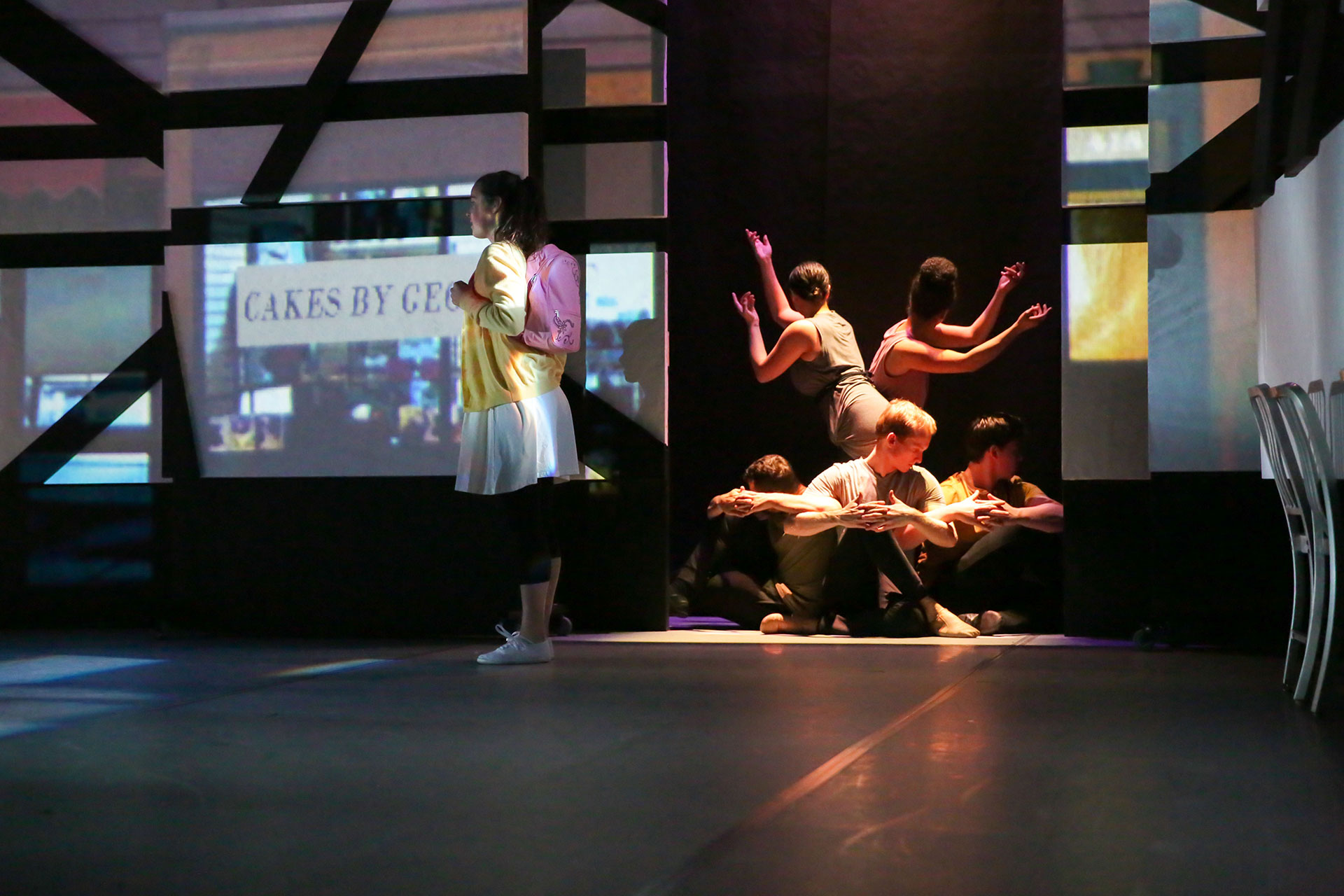 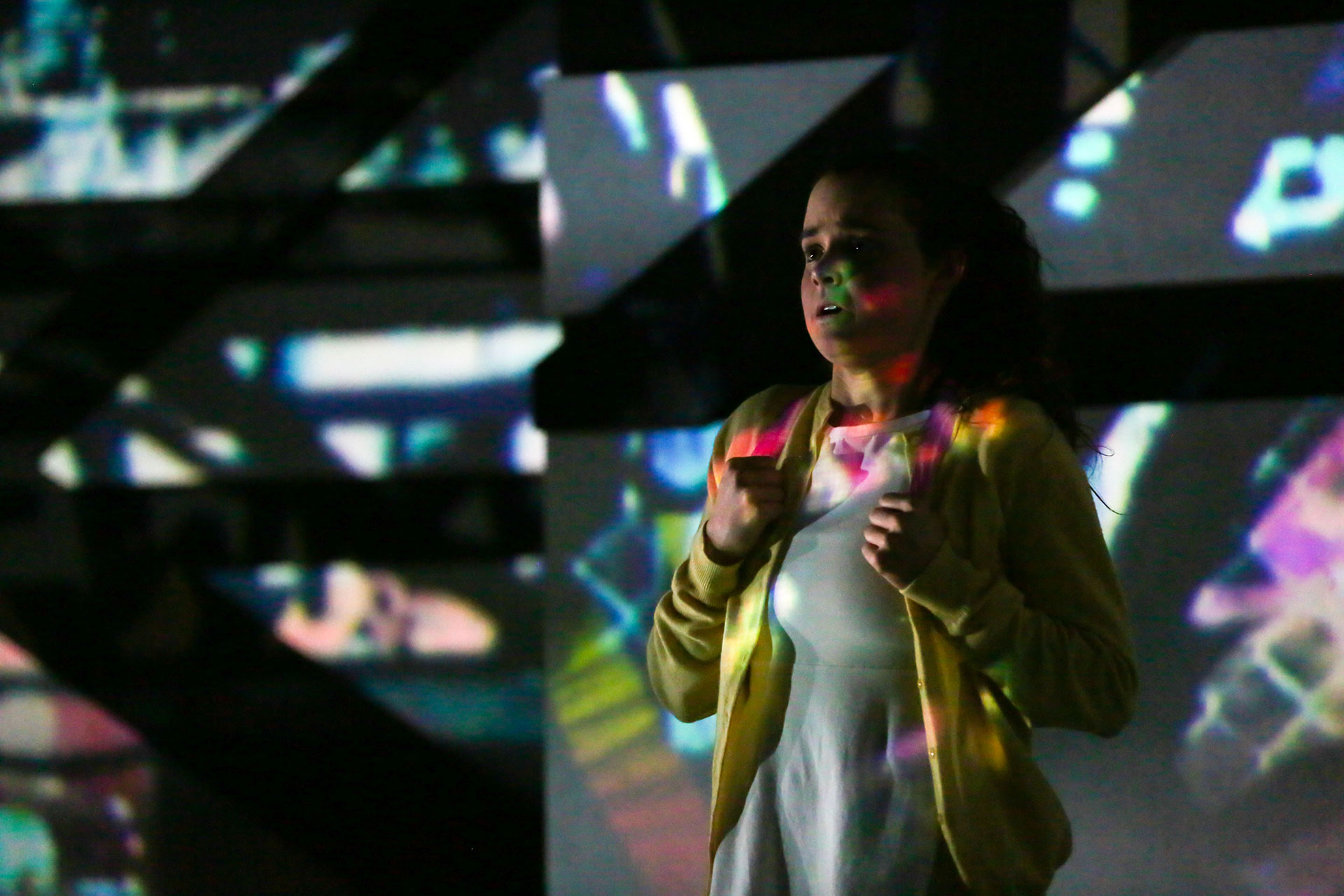 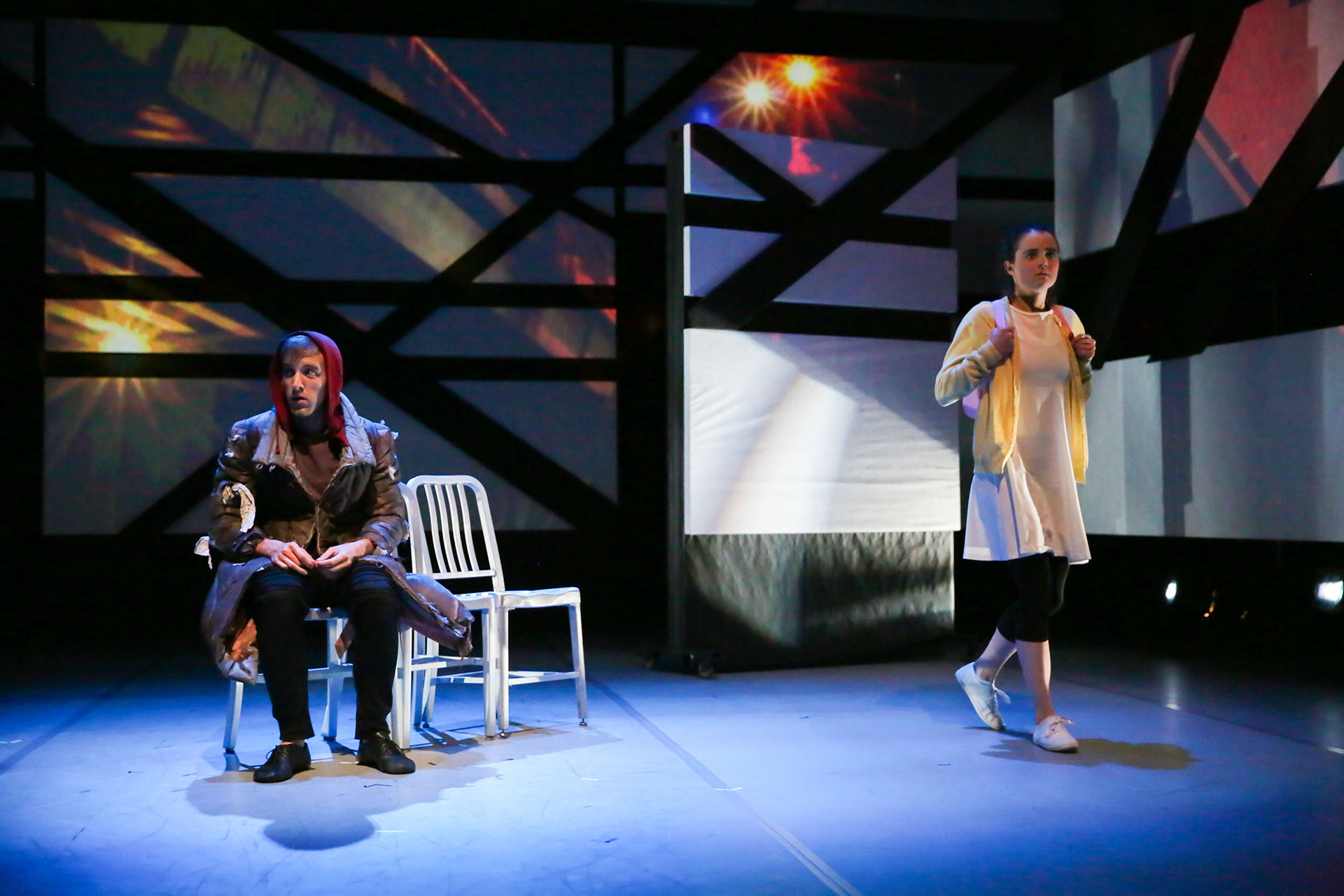 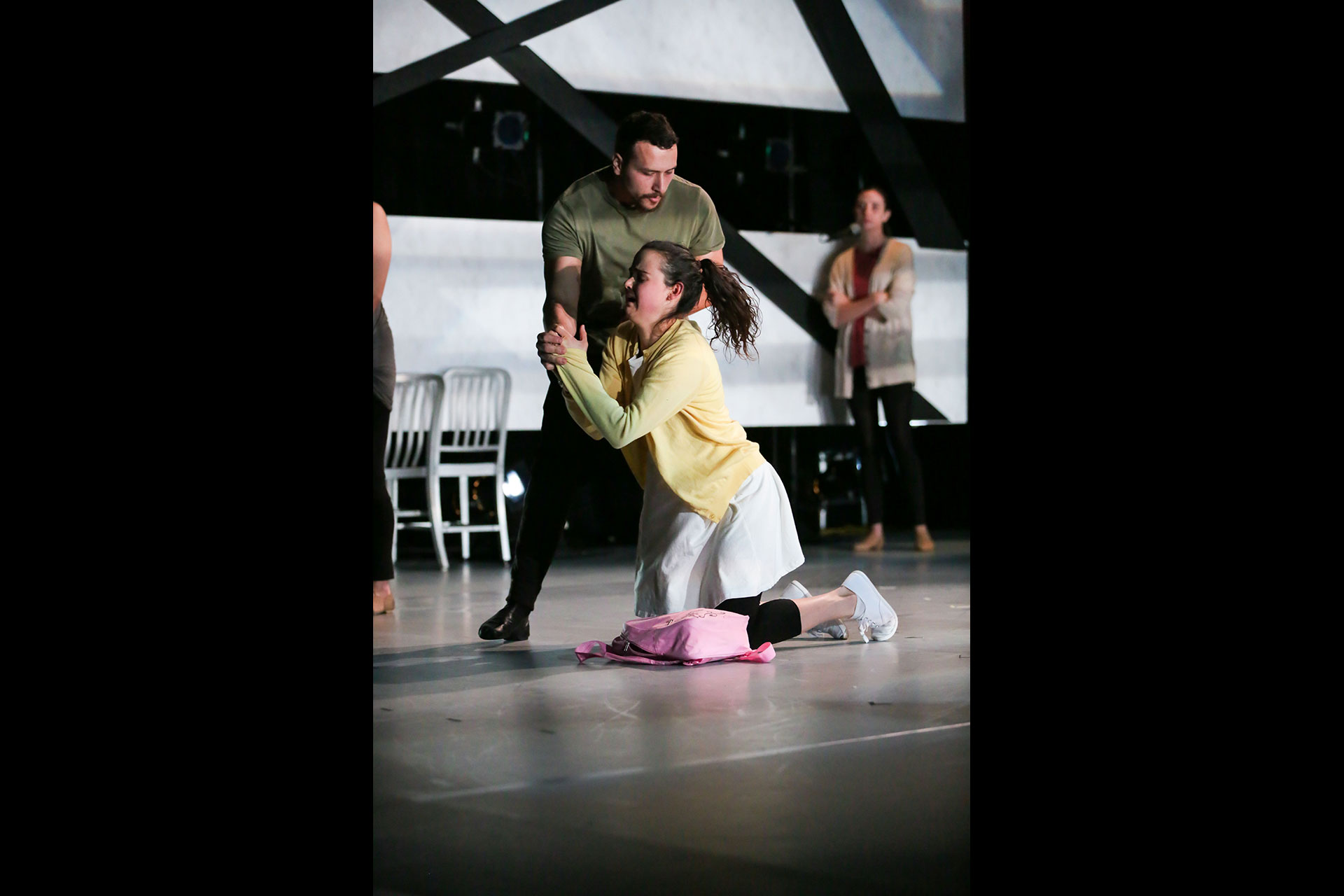 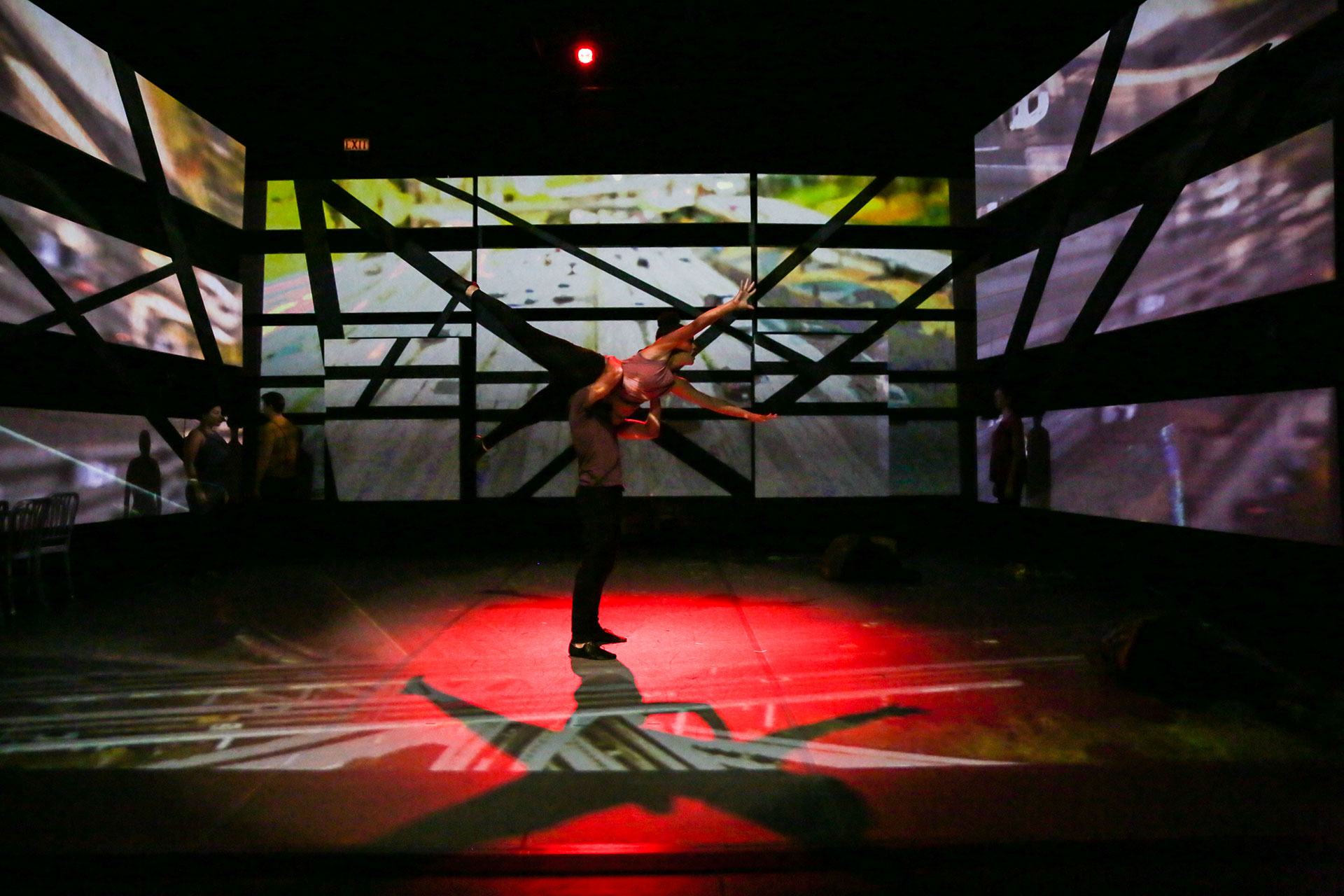 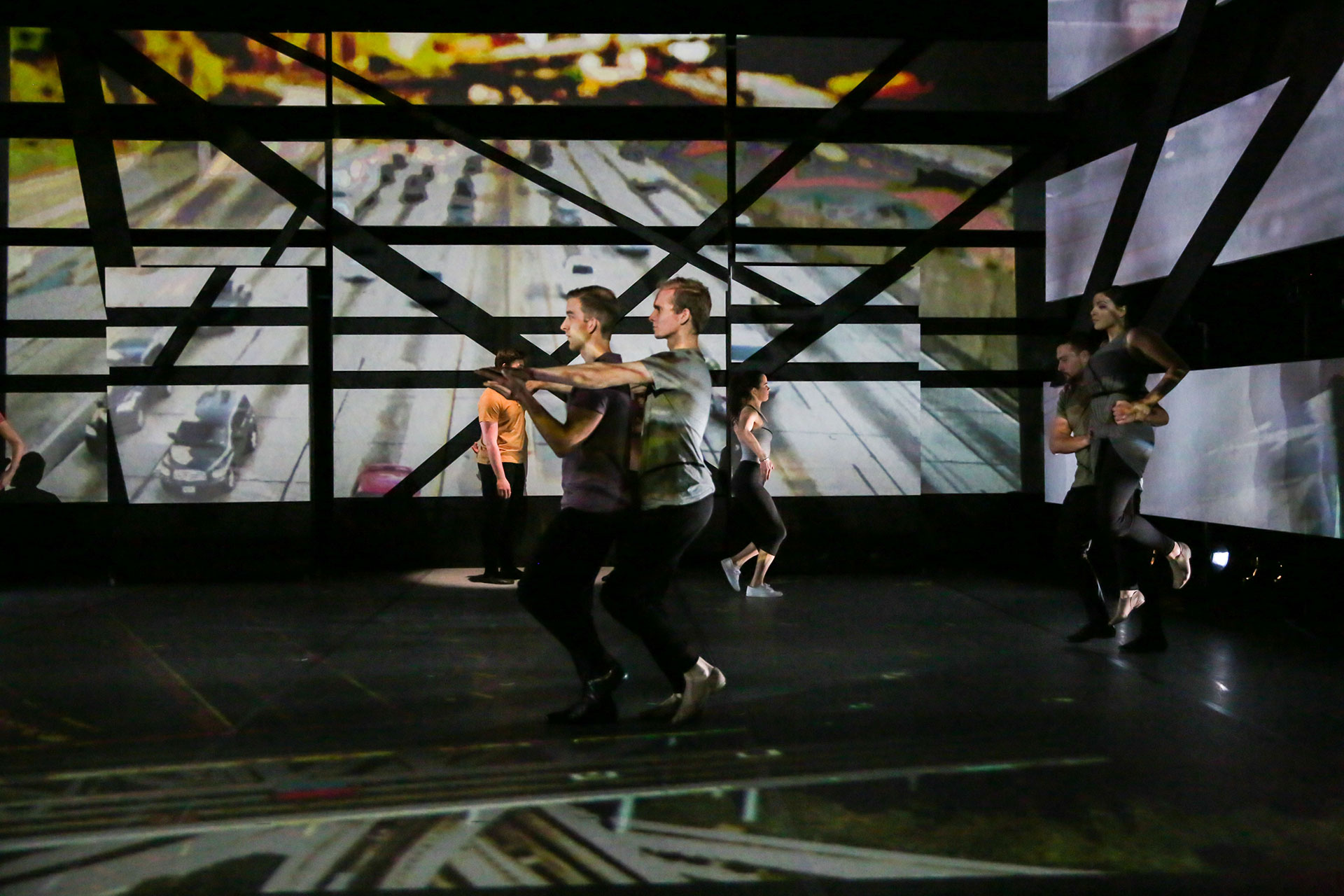 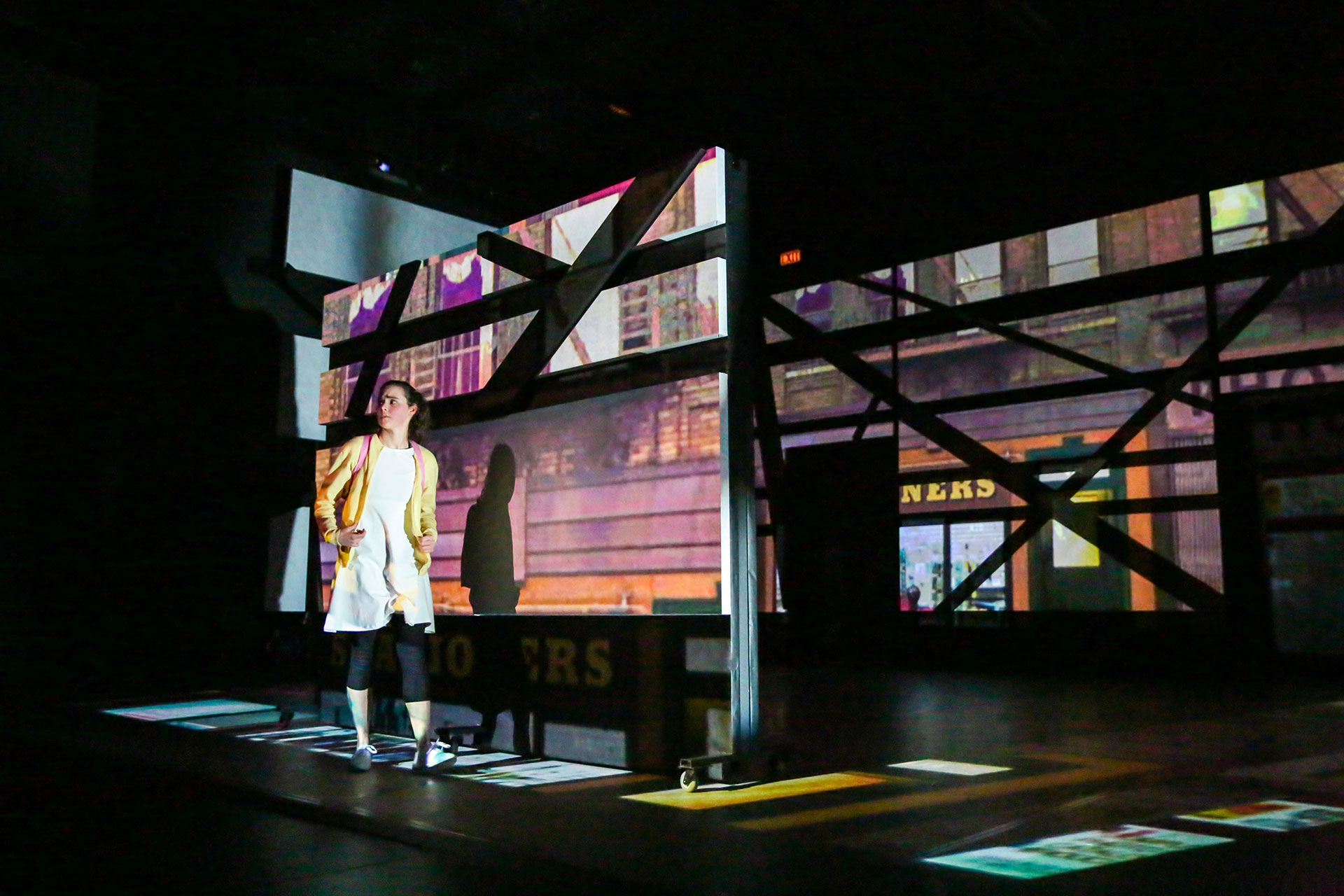 A CounterBalance Theater production based on based on the novel She by New York Times “Editor’s Choice” novelist, Michelle Latiolais

She is a devised theater production about a run-away teen-ager’s single night in a Los Angeles of many cultures, promises and dangers. Using projection, movement and dialogue, She is an immersive, and ultimately redemptive journey.

A fourteen year old runaway hits LA. In a physical theater performance placed in an immersive projected world, CounterBalance Theater adapts She the 2016 novel by LA writer Michelle Latiolais. She follows the life of an abused teenager who runs to LA looking for a new home. During her escape She encounters a variety of Los Angelinos from Mayan Theater lucadores to a Santa Monica gallery owner to a homeless person at a bus-stop; unexpectedly finding redemption through a random meeting on the street.

“I was inordinately happy to hand the book over to the incandescently talented Annie Loui and her cast . . . and it does now indeed belong to the imagination of others, or to the unending possibility—both good and bad—that is Los Angeles.” – Michelle Latiolais, New York Times recommended author of She