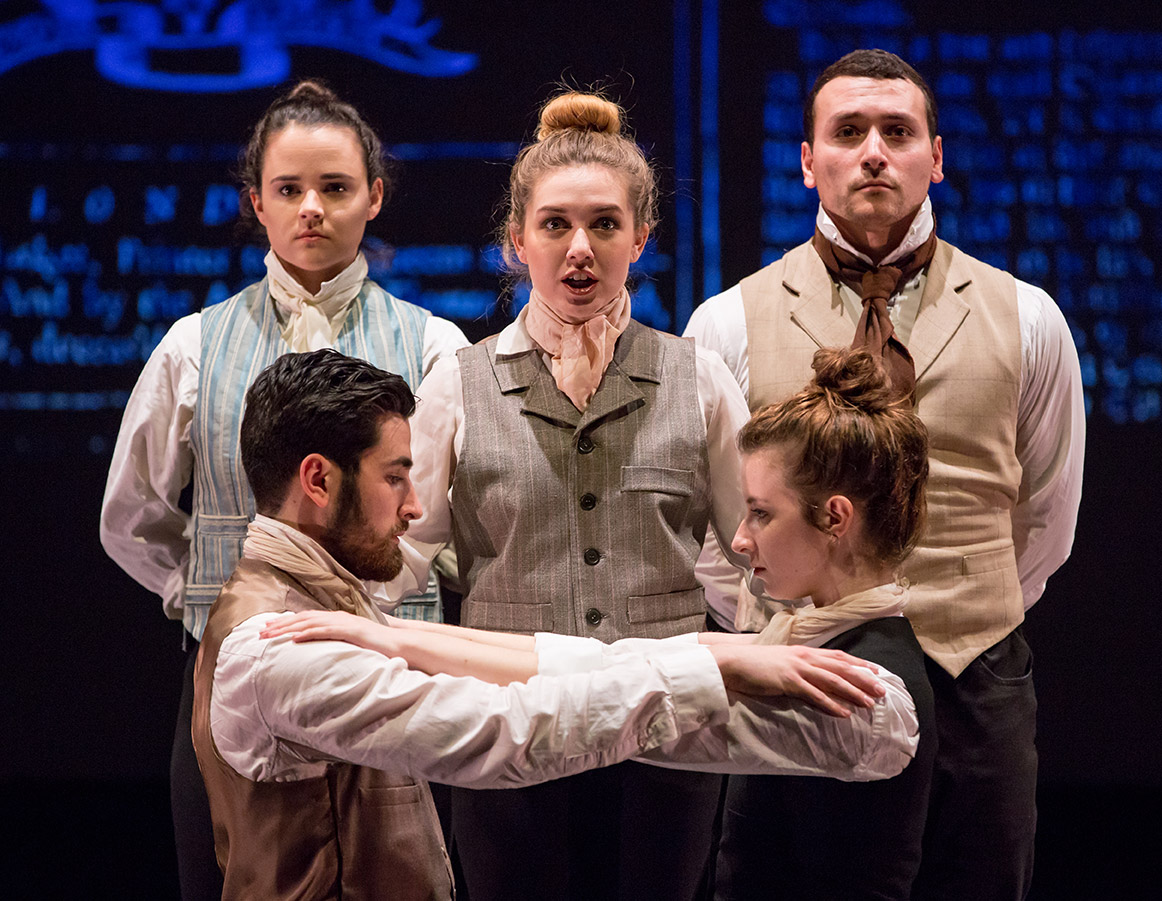 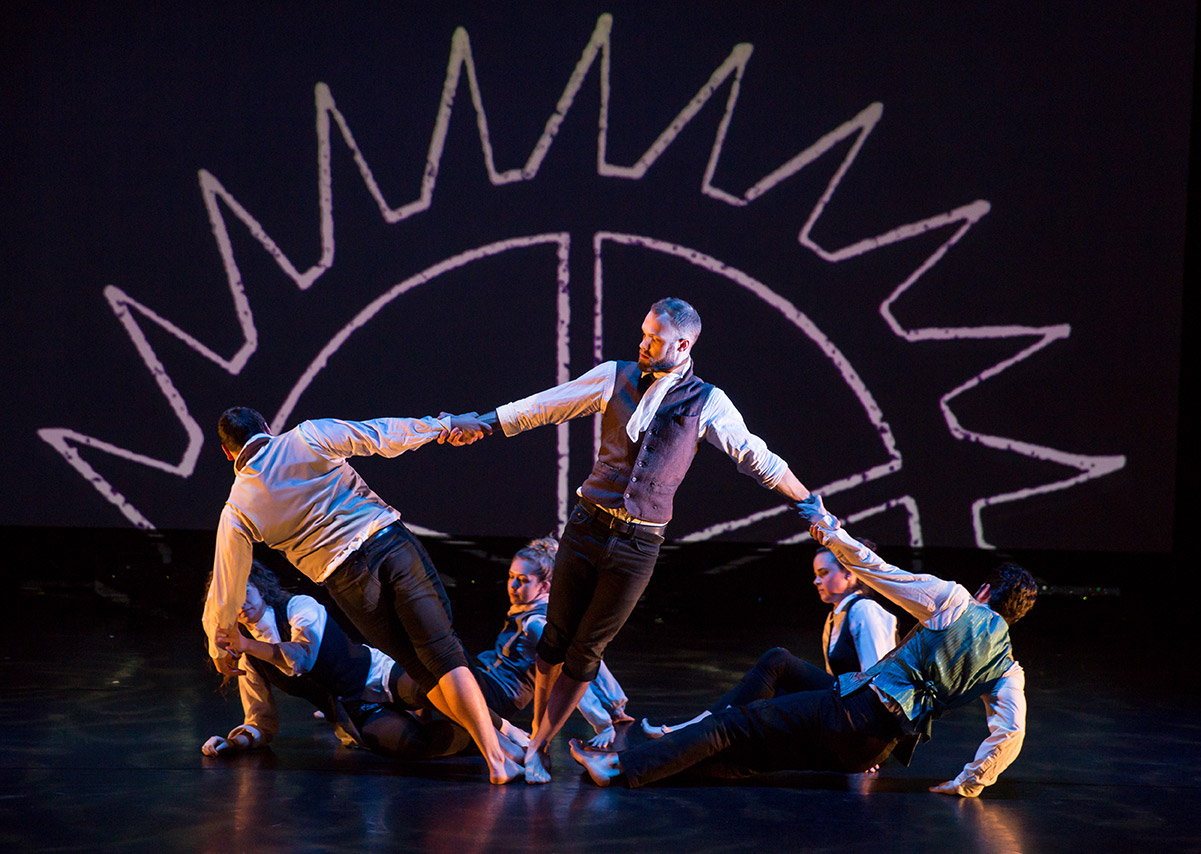 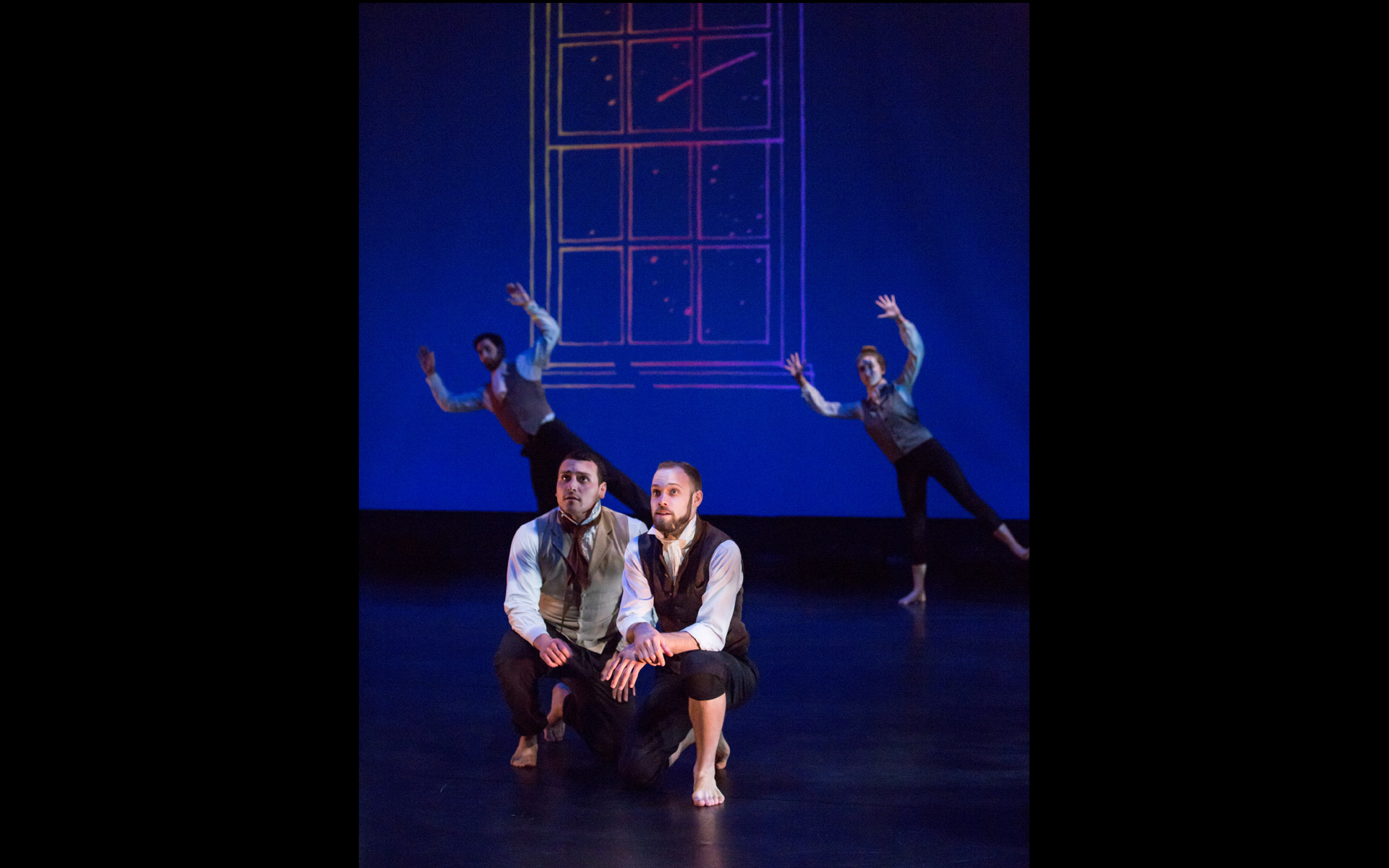 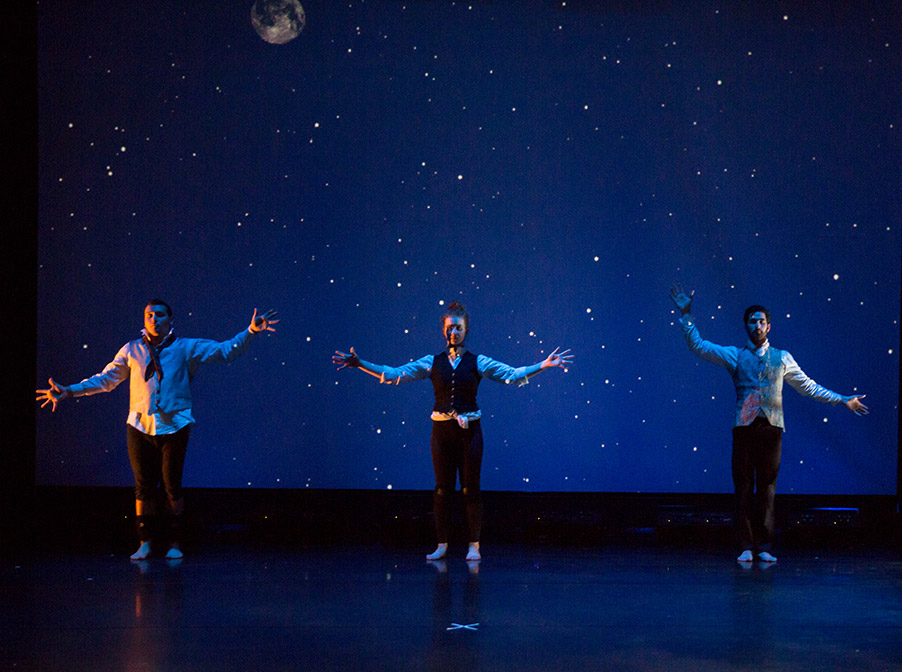 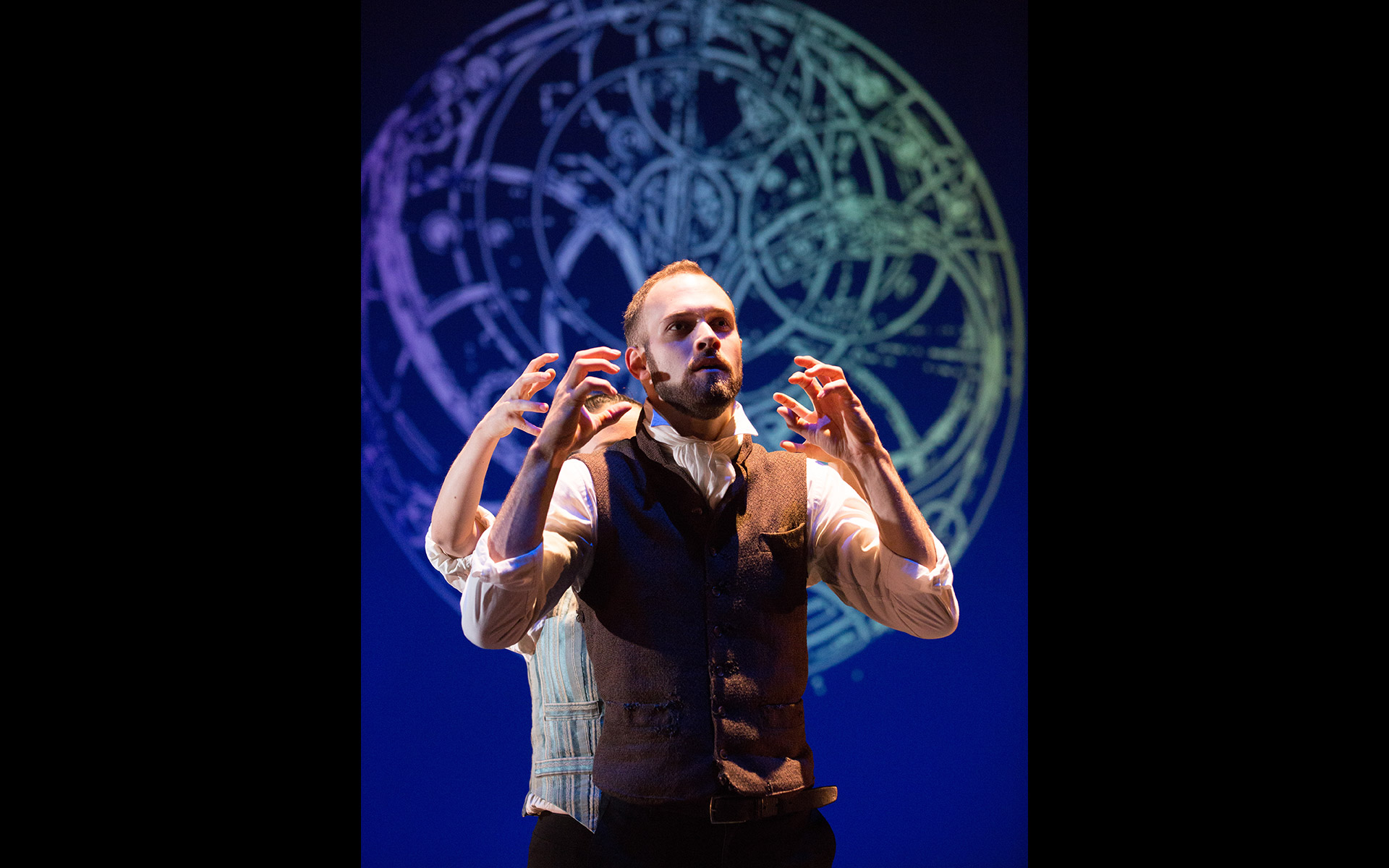 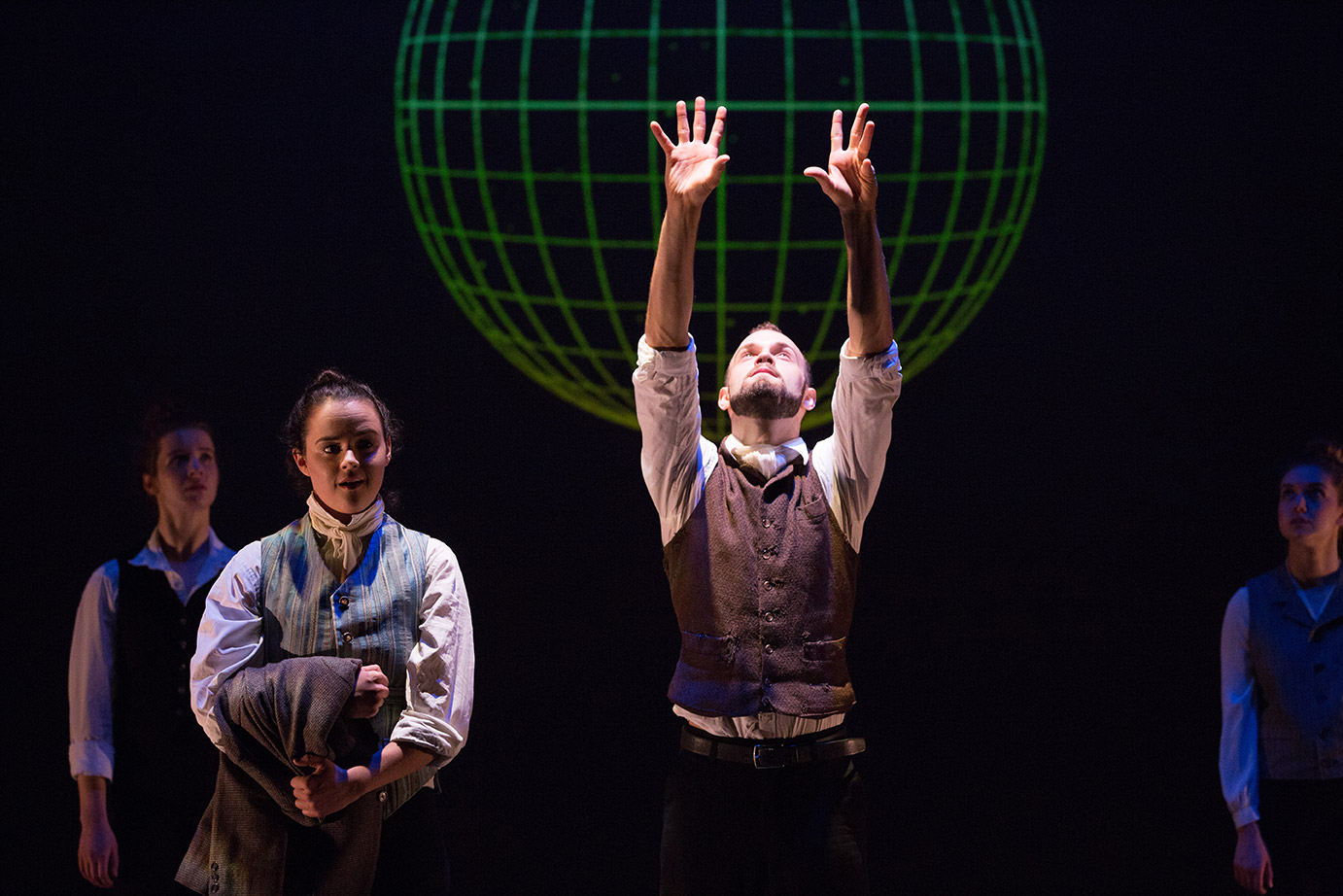 A CounterBalance Theater production based on New York Times bestseller Longitude: The True Story of a Lone Genius Who solved the Greatest Scientific Problem of His Time by Dava Sobel

Longitude is a devised theater performance about 18th century inventor/clockmaker John Harrison, and his entry into the most important race of the century: to discover a means of measuring longitude at sea. 6 physical actors portray all the characters in the story from Galileo to King George III to The Man Who Knows Everything; as well as storms at sea, the celestial heavens, maritime clocks, and Harrison’s inspiration/muse.

“As a person who thinks in 26 characters (usually while sitting alone in a room), I experienced the translation of my book Longitude into physical theater as a burst of fireworks. Thoughts that I could express only in words were here made active, dimensional, even explosive. CounterBalance Theater — the very name of the company sounds like a watch part — pried open the text and set every idea in motion.”
—Dava Sobel, New York Times bestseller author of Longitude